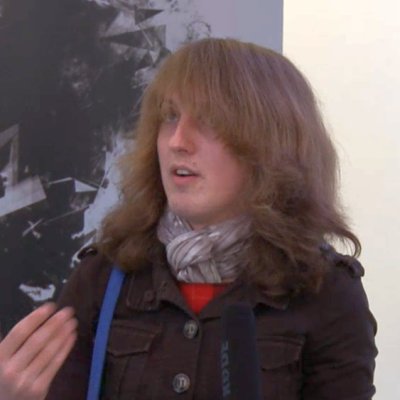 Wrote two times about Gemma Thomson without disclosing their personal relationship and Patreon support — from Thomson to Dale (and her outlet Indiecade) at the time of the first article, and from Dale to Thomson at the time of the second.

Interviewed Sam Beddoes of FreakZone Games for IndieHaven, without disclosing that Beddoes was donating to IndieHaven’s Patreon at the time. Dale co-founded IndieHaven, and appears to be the person managing the Patreon.

Gave coverage, on Indiehaven, to Louise James without disclosing that James was financially supporting both her and Indiehaven on Patreon. Acknowledged the mistake and added disclosure immediately after DeepFreeze's filing, stating that the patronage involved very small sums.

IndieHaven published at least ten articles about Mike Bithell, two of which by Dale, lacking disclosure that Beddoes was donating to IndieHaven’s Patreon. An eleventh, still attributed to Dale and chronologically one of the most recent, discloses this finacial tie. Dale co-founded IndieHaven, and appears to be the person managing the Patreon.

After attacking the use of the word “Tranny” in apparently canceled game “Tranny gladiator” until they abided, and being accused of inciting the death threats that developer Pan Games claimed to have been receiving, she attempted to reframe by blaming people disagreeing with her for these death threats, despite tangible proof that said people were mostly offering the dev support against her.

Claimed in a series of tweets to have been called male, “it” and “thing” by a presenter at a videogame expo, identifying him publicly by name and Twitter account. This was picked by NeoGaf and Kotaku, caused large backlash and apparently “several hundred tweets per minute” sent to the presenter. Dale stated she was receiving harassing tweets—and, after publishing her number herself, phone calls—and saying incorrectly that she had told Kotaku not to publish their article. She received an apology from the presenter (despite the fact that he was denying her claims), multiplied her Twitter followers and was published on the Huffington Post where she changed her story somewhat. Five days after the initial tweets, she admitted her original statments were not correct in a joint statement with the presenter, and she apologized. Two years later, Kotaku’s Editor-in-Chief, when talking about the article, described the story that unfolded as a mess, and said that it resulted in Kotaku changing the use of tweets as a source.

Accused of having threatened a small developer into self-censoring. When a video mocking poor-looking game Tranny Gladiator was released by her former employer Jim Sterling, Dale first drew attention to the developer with a series of tweets, attacking them for using the term “tranny”, eventually insisting the dev should’ve hired a trans consultant, and should remove the trailer, change the name and remove mentions of large developer CD Projekt Red from their page “for their own good”, finally expressing satisfaction when they abided. After the dev complained of having been dogpiled and having received death threats, Dale was accused of being at fault for it, and she stated that she was trying to warn the developer about legal action from CD Projekt Red, and her tweets were being taken out of context. While the game has been removed from Steam Greenlight, it originally only changed name, and it’s unclear if there were actual death threats, and Dale’s involvement is at best debatabe—a defense that does not apply to her subsequent attempt to reframe the whole situation, blaming the developer’s harassment on people who disagreed with her.

For a long time assumed to be a member of GameJournoPros, but she doesn't appear in the screencaps published by Breitbart or in any of the leaks, and has denied being a member, making this very likely to be a mistake.

Dishonesty and Intimidation emblems may be based on subjective criteria.